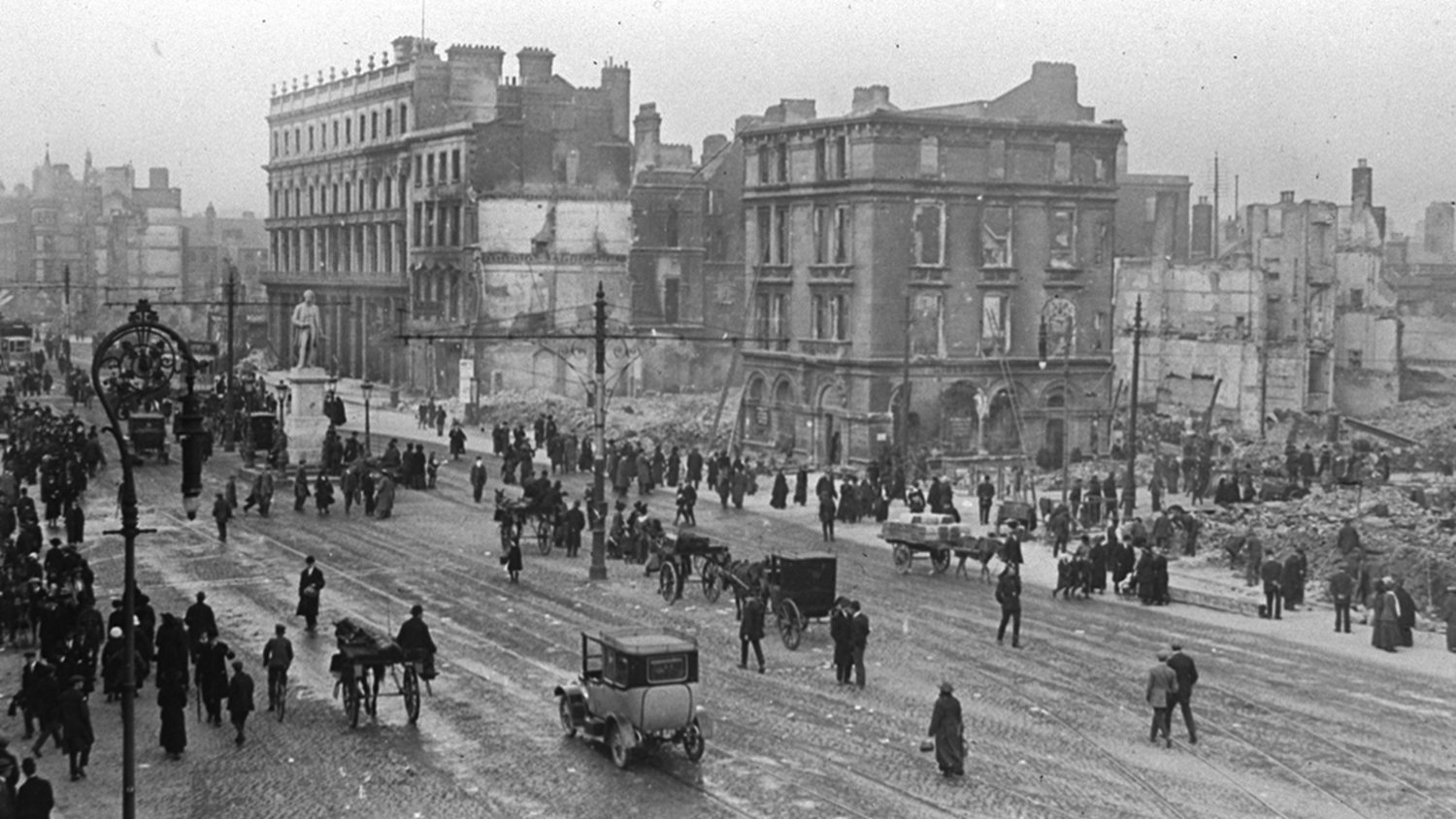 The Patriots Flag Monument 3:00pm in Abbey Square
The Patriots flag monument will be officially unveiled as tribute to the hundreds of men and women who took part in the Rising in County Wexford. Located adjacent to the statue of captain Seamus Rafter of the Irish volunteers the monument flagpole proudly bears a tricolour of green and white and orange the largest national flag to be flown in Ireland. A military ceremony will accompany the raising of the flag.
County Wexford 1916 Exhibition 4:00pm
Following many months of painstaking research and preparation the eagerly anticipated County Wexford 1916 Exhibition will be officially opened in Enniscorthy recently refurbished Athenaeum on Castle Street. The exhibition will include a reconstruction of the actual HQ of the rebels in 1916 with the information presented on a series of props, graphics and supplemented by audio narrative. dedicated spaces within the exhibition will include a war council room secretery’s office and a emergency hospital and kitchen.
The exhibition which has been curated by County Wexford Council archivist Grainne Doran will also showcase a large scale model of Enniscorthy Town and depicts a number of the buildings that featured prominently during the Rising. The space will also feature a multimedia exhibition.
Captain Thomas Wafer 5:00pm
The committee of the Captain Wafer Hall in spring Valley will unveil a plaque on the hall in memory of Thomas Wafer an Enniscorthy native was a captain of the Irish Volunteer in Dublin and played a prominent role in the Rising. He was killed in action in the Hibernian Bank on O’ Connell Street on 26th of April 1916.
Relatives of 1916 Volunteers 6:00pm to 9:00pm
Later in the evening invited relatives of County Wexford’s 1916 voulnteers will gather in Enniscorthy’s Riverside Park Hotel where each will be presented with a specially designed certificate from Wexford County Council that honors their relation by name. These will be displayed in homes across the County and beyond, ensuring that the brave men and women of the Rising in County Wexford are acknowledged and remembered.

The Library at the End of The World – Book Launch
June 20, 2016
Events Calendar