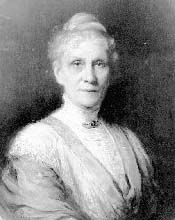 Number 34 Weafer Street also known as ‘Chantemode’ was allegedly the birthplace of Anna Leon –Owens (1831-1915), who became Governess to the King of Siam. Along with her son, Tom, she was the subject of a well known book, ‘Anna and the King of Siam’, and the film with Yul Brynner, ‘The King and I’. There are different accounts of her place of birth. In her Books based on her own reminiscences, The English Governess at the Siamese Court and The Romance of the Harem were themselves highly fictionalised versions of just a few years of her life.