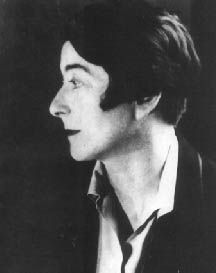 Eileen Gray Eileen Gray (1879-1976) was born at Brownswood House, near Enniscorthy, but settled in Paris to become a renowned Designer and Architect. In the early 1920s, she flew on the first airmail service in America from New Mexico to Acapulco. She is now regarded as one of the most important Furniture Designers and Architects of the early 20th century and the most influential woman in those fields. Her work inspired both Modernism and Art Deco. She designed the famous house named E-1027 in 1927 near Monaco which the French Government is now restoring as a National Treasure. In February 2009 her otherworldly “Dragons” armchair sold for a remarkable €21.9 million shattering the auction record for a 20th Century Decorative Artwork.

Make sure to visit the Eileen Gray room in Enniscorthy Castle.