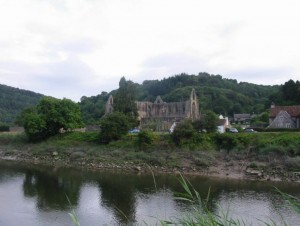 Open: Mid June to late September, 10am-6pm. Admission: Applies. This Cistercian Abbey was founded circa 1200 by the Earl of Pembroke. Situated on the West shore of Bannow Bay in Co. Wexford, Tintern Abbey was one of the most powerful Cistercian foundations in the South East until the Dissolution of the Monasteries in 1536.